Dictionary.com defines corporate culture as “the distinctive ethos of an organization that influences the level of formality, loyalty and general behavior of its employees.”

This definition probably doesn’t come as a surprise. After all, “corporate culture” is a common phrase these days. Yet, corporate culture isn’t completely understood in the business world. Just ask the more than 54% of employees who have felt frustrated at work or the 40% who say they don’t get a company’s vision or have never seen it.

But there is hope. Many organizations are doing culture right, such as Hampton Hotels, a brand that has knocked down its walls to unleash its culture – both internally and externally.

You may have heard the term “Hamptonality” or seen it used as a tagline in the brand’s television commercials and print ads. What makes Hampton different from many other brands is that this isn’t a catchy term dreamt up by a team of ad execs and tacked onto a campaign. It’s the organic internal culture of Hampton blossoming into its external campaign. Hamptonality is truly the essence of the Hampton brand; it’s the spirit and authentic personalities of the 50,000 employees (known throughout the company as Team Members) who work in Hampton Inns around the world.

So, what exactly is Hamptonality? It’s the manifestation of where hospitality meets unique personalities. It isn’t a tagline. This is our culture being turned inside-out.

With tens of thousands of Team Members serving guests around the world, Hamptonality unifies and connects hotels from state to state and continent to continent. It’s Hamptonality that ensures the consistent experience Hampton guests expect – no matter if they check into a hotel in West Berlin or Atlanta, GA.

There’s a twist in the story, however. Hampton is 99% franchised – so hotel Team Members aren’t Hampton employees. Any efforts to engage Team Members and inspire culture in hotels must be accomplished through positive influence of the owners/operators and general managers who formally manage individual properties. No mandates or edicts from Corporate.

So how exactly does the company inspire Hamptonality across more than 1,900 hotels in 14 countries and territories? The answer is in encouraging individual strengths and personalities to shine.

Ultimately, the job Hampton gets paid to do is to build more hotels. The best way to do that is to have loyal owners who continue to invest in the Hampton brand and its sister brands at Hilton Worldwide. To keep owners loyal, the company has to have loyal guests who keep hotels full. Creating memorable, Hamptonality-filled experiences that inspire guests to return and recommend the brand to others is where Hamptonality and culture directly impact the bottom line.

In 2006, the brand began promoting a strengths-based culture, thanks to direction from The Marcus Buckingham Company. Together with Root Learning, they developed a series of 45- to 60-minute eLearning modules based on Marcus Buckingham’s “Simply Strengths” concepts. The learning modules helped Hampton Team Members to identify personal strengths and apply them so they can be more productive and fulfilled.

As individuals identify their competitive edge, they realize what makes them unique and what makes them shine. Then they bring that to their role at work – whether they’re in housekeeping, at the front desk, etc. The result is a hotel full of engaged Team Members who exhibit the Hampton values – Friendly, Authentic, Caring, and Thoughtful – in every interaction with guests.

And Hampton doesn’t stop there. The activities are varied, and the suite of tools is expansive. From songs and videos (with Team Members literally leaping over front desks) to engaging eLearning programs and tangible Root Strategic Learning Map modules, Hampton teaches and communicates with Team Members in ways that work for this on-the-go group. It’s not about being kitschy or fancy; it’s about developing and delivering consumable, effective tools that resonate with Hampton’s busy, multi-tasking Team Members.

Hampton’s intentional and dedicated focus on culture and people works, as evidenced by numerous awards and accolades. Hampton has been recognized by Entrepreneur magazine as the number one franchise for three consecutive years, and the brand was honored at the J.D. Power and Associates Customer Service Roundtable as a 2012 Customer Service Champion. Need more proof? 70% of new Hampton franchise deals come from existing owners.

Strong, successful company cultures exist beyond the storied walls of Google, Southwest Airlines and Zappos. Yes, it takes time and energy to execute. Yes, it must be a mindset that lives at the top and is embraced all the way through. But it’s worth it. Culture helps business bloom and makes employees feel valued, inspired, and energized. Culture differentiates your brand and connects it to performance. 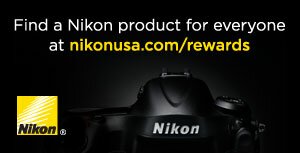 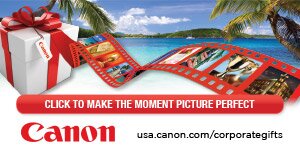 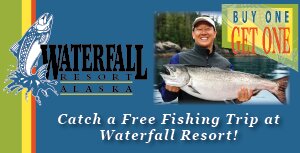 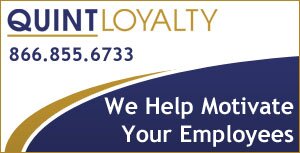 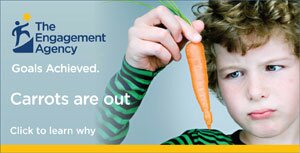